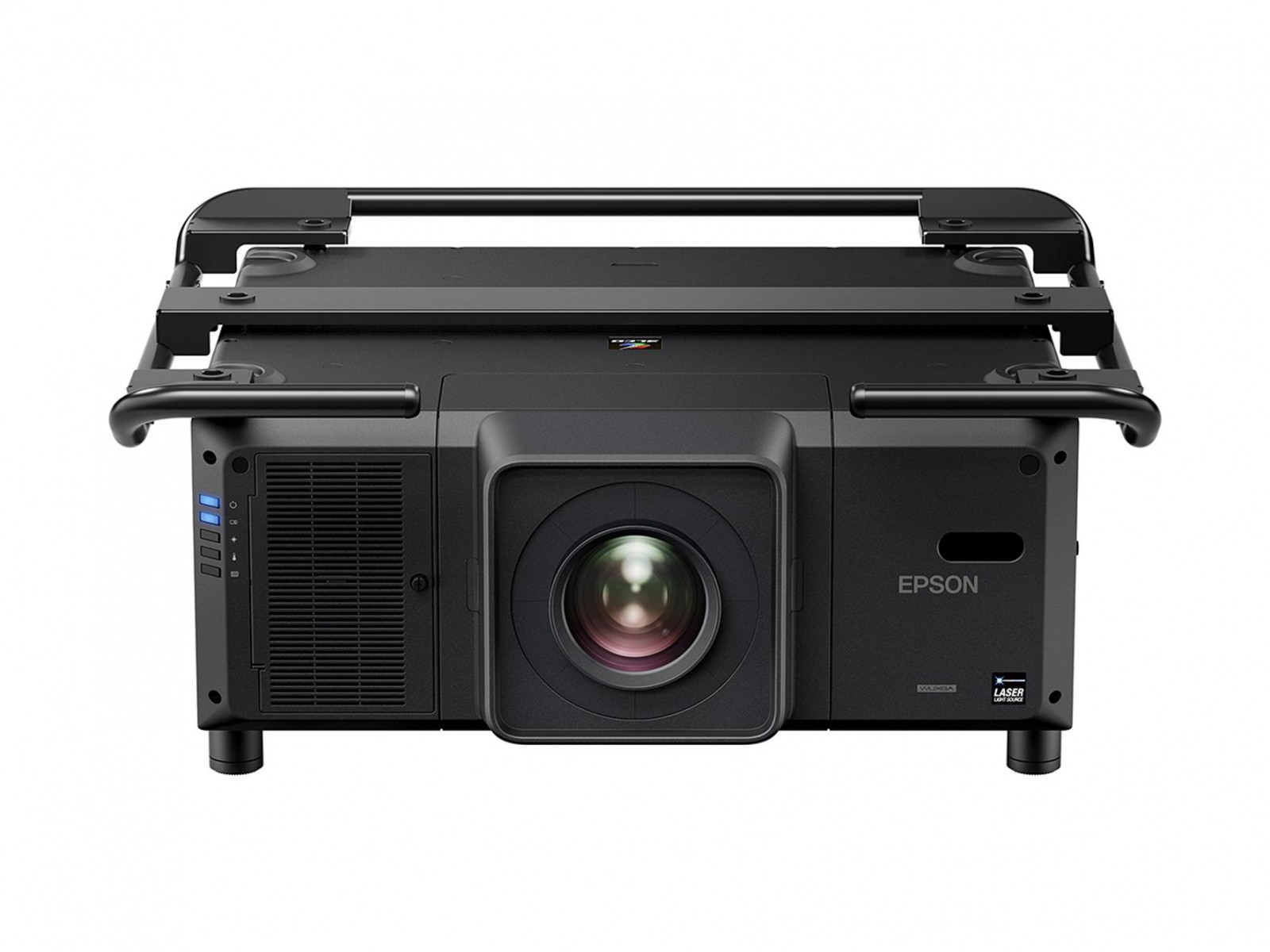 20 March, 2017 – Epson has announced that it has worked with partner Lang AG, the leading German AV hire company, to provide two units of the EB-L25000U, currently the brightest[1] 3LCD projector on the market, for use in a spectacular projection mapping performance that formed part of the opening ceremony for CeBIT 2017. The ceremony was attended by business leaders and senior government officials including German Chancellor Angela Merkel and Japanese Prime Minister Shinzo Abe. Japan is the official partner country for CeBIT 2017.

The creative director for the performance commented, “We selected the Epson projectors for their high brightness and high contrast. With their rich expression of color gradations and blacks, we believe they were the ideal projectors for faithfully reproducing the projection mapping and computer graphics that play such an important part in the performance.”

The EB-L25000U projectors dazzled the attendees with their brightness and vivid recreation of colors used in the show, which celebrated the best of Japanese technology and the strong connection between Japan and the host country. The sensational projection mapping performance, which involved a combination of eye-catching images projected onto objects such as cubes and robot arms, comprised a breath-taking combination of augmented and mixed reality[2] that was enjoyed by the attendees at the prestigious event.

The EB-L25000U is not only the brightest 3LCD laser projector on the market, it's also smaller and lighter than competing products. Plus thanks to 360° rotation, it offers incredibly flexible mounting. A sealed optical unit and inorganic phosphor wheel mean that the EB-L25000U provides 20,000 hours of reliable, maintenance-free use[3], even coping with very smoky environments, such as concert halls and theatres.

CeBIT is one of the world’s leading technology shows. In addition to the EB-L25000U, Epson plans to showcase its state-of-the-art office inkjet printers, Moverio smart eyewear, robotics, and PaperLab, the world’s first[4] in-office papermaking system that turns waste paper into new paper using a dry process.

[2] Augmented reality is a technology that superimposes computer-generated images onto a view of the real world. Mixed reality combines real and virtual worlds to show scenarios in which physical and digital objects exist together and interact in real time.

[3] Approximate time until brightness decreases 50% from first usage. Measured by acceleration test assuming use of 0.04 - 0.20 mg/m³ of particulate matter. Time varies depending on usage conditions and environments.

[4] PaperLab is the first in-office papermaking system to use a dry process, according to Seiko Epson’s global research as of November 2016. The system can use ordinary A3- and A4-sized copy paper as raw material. A small amount of water is used to maintain a certain level of humidity inside the system.