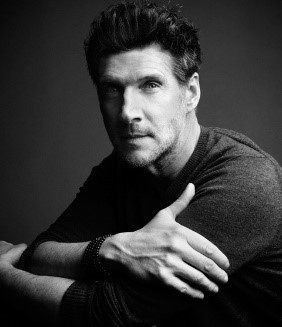 In his presentation ‘Money, People, Politics’ in the Epson Photo Arena Marco describes his experience having a front row seat to history and his focus on capturing historically significant people in numerous fields from politics to cinema. He highlights his recent work delving into long form stories, including ‘A Year In Space’ and the Emmy award-winning multimedia piece ‘Beyond 9/11: Portraits of Resilience’. He will give valuable insight into: better business practices; client relations, technical expertise and lighting aesthetics.

Two of Marco’s portraits (Jane Goodall and Siro Kierie) will be displayed in the Epson Digigraphie Gallery during the show. These have been printed on Epson Cold Press Natural media using a SureColor SC-P20000 printer.

Marco Grob biography
Born in Olten, Switzerland, Marco Grob worked for 20 years as a still life photographer before deciding to focus entirely on people and portrait photography in 2003. In addition to successful commercial work in the film and advertising industries, Marco's work appears regularly in magazines like TIME, GQ, Vogue, Esquire, The New York Times Magazine, Wired, and New York Magazine. His work has earned him numerous awards throughout his career, including an Emmy Award and a prestigious Hasselblad Masters Award in 2007. Mr. Grob lives in New York, but follows his work around the world.